When I first moved from the west to east coast of the United States, I grappled with a number of life changes.

As a young newlywed, I had never lived so far from all that was familiar to me.  And the east coast was not only different geographically but also culturally.

But of all the necessary adjustments that I found myself making, the change that most impacted my daily life was in where and how roads were constructed.

Indeed, I exchanged broad, open, modern roads with wide shoulders and expansive horizons for narrow, historic roads that typically had no shoulders.

In addition, the beautiful eastern forests hugged the roads, and open areas revealed rolling, green countryside.  I had never seen such lush green fields, fields that did not require irrigation by the Colorado River.

I thought it paradise.  Nevertheless, driving on the east coast unsettled me.  To be honest, the narrow roads and lack of shoulders, especially on rural roads, terrified me.

Such was my fear that one dusky evening, a police officer pulled me over just to be sure I was okay.  Apparently, my slow and uncertain pace was of concern.

Once he realized how unfamiliar I was with the area, he offered to lead me to the main road.  I gratefully accepted his help. It was a comfort to follow someone who really knew the road.

For this reason, when my brother called and announced his upcoming visit, I felt uneasy.  We lived nearly 3 hours from the airport.

Of course, in California, a three-hour drive is relatively simple. A straight shot on a major freeway.  The only obstacle encountered there was traffic.

But that was not the case where I now lived. Even so, I determined to figure it all out.  After all, I love my brother.

Experience should have prepared me for the nightmare that my journey became.  After negotiating country roads and trying to navigate the convoluted freeways surrounding our nation’s capital, I was a frazzled mess.

So my big brother took charge. He appointed himself official navigator.  After all, in the mid-1980s, I had no GPS.

“Look here,” he said, pointing to the AAA map. “A nice shortcut if we follow this road.”

The plan seemed sensible enough to him even though the thin line on the map looked rather dubious to me.  But he’s my big brother.  So I followed his lead.

We set out, driving on a beautiful, albeit rural, road.  Trees lined the road. The mid-Atlantic forest grows densely. 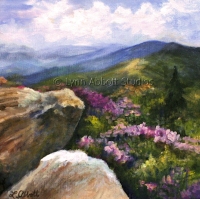 My brother was delighted.  “It’s like driving in the mountains,” my California sibling remarked. “Beautiful!”

Two hours later, we drove in anxious silence. With absolutely no way to gauge our progress or to know whether we had taken a wrong turn or not, the trees no longer appealed.

“You can’t see anything but trees.  How do you know where you are?” my brother complained.

And suddenly, that old saying, “You can’t see the forest for the trees,” represented my reality.

We were definitely lost.  My fears grew since I couldn’t pull over onto the shoulder to try to decipher the map for myself.  After all, the shoulder was characteristically non-existent. All I could do was to keep moving forward.

Angst enveloped me for good reason: my brother had already proven that his map reading skills could not substitute for directions from someone with familiarity of the geographical area.

Of course, today, Google maps give us a bird’s-eye view of the world.  Unfortunately for me on that infamous day, the trees blocked our view.  And despite the fact that I had no trouble admitting that I was lost, the drive home was extremely tense. The road seemed interminable.

I think my life is often like that drive.

I get caught up with life’s daily responsibilities and I can’t see God’s big picture. Or worse, I forget how God’s grace has directed me in the past and fail to rely on Him to bring me through my current difficulties.

As a result, the journey seems long, anxious and uncertain.  And I feel I am barely hanging on.  But I move forward because there is nowhere else to go.

It’s comforting to know that even first century disciples scrambled at times.  Daily anxieties absorbed their attention as well. At times, they even missed God’s greater plan.

Actually, as I read the New Testament Gospels, I find the disciples’ frequent confusion almost humorous.  Yet, I do know that my hindsight is 20/20.

Had I been in the same spot as those early followers, I suspect I would have responded to Christ as they did.  You see, like me, the disciples had trouble seeing beyond the needs of the moment.

They got caught up in the proverbial “squeaky wheel.”  And their shortcuts became “long cuts” as they argued independently instead of humbly asking the Savior for direction.

I smile when I recall the disciples disputes among themselves in response to Christ’s frequent spiritual metaphors.  When He called them to look beyond life’s minimum requirements, to live for something bigger and better, they often misunderstood him.

They missed the big picture; their understanding of Abba was too small.

For instance, in Mark 8:14-21, just after feeding thousands of people with five loaves and two fish, Jesus gave his disciples a spiritual warning.

Jesus said to his disciples, “Beware the leaven of the Pharisees and of Herod…”

Without a doubt, human nature readily focuses on material survival. Life’s pressures drive us. We desperately look for direction.

At times, we misread the map, and our detours, although well-intentioned, send us far out of our way.

Legalism is like that. It minimizes faith.  It replaces a personal relationship with Abba with a set of man-made rules.

Christ says, “Beware the leaven of the Pharisees…”

But the disciples were so focused on their immediate concerns that they just didn’t get it.

In fact, Scripture recounts, “And they began to discuss with one another the fact that they had no bread,” (Mark 8:16).

Jesus probably just shook his head.  Grace had carried the disciples again and again.  Yet, they still leaned on human reasoning.  They trusted their own limited perspective and missed Christ’s meaning.

That’s the way it goes sometimes. Down on the ground, the immediate obstacles I face consume my thoughts.  And I can’t see the way through all the trees.

Although Abba has provided for me in the past,  I worry and fret over bread.

Fortunately, there’s always grace.  Jesus gently reminded the twelve that He had recently and miraculously provided bread for thousands.

Indeed, His teaching did not concern literal bread at all. Their perspective was simply too narrow. They worried about bread while He directed their sights above and beyond the trees. He called them to live for a greater purpose.

He asked them cultivate, through Him, a personal and dependent relationship with Abba rather than to limit their faith to a list of man-made rules.

Yeah, it’s tough to lean on God.  We look at maps, and some roads just appear a “no brainer.”

But in actuality when I lean on my human understanding (Proverbs 3:5), the “logical” road takes me far out of my way.  I get lost.

I’m so grateful for grace.  Abba continually reminds me that He is trustworthy.  He has directed me in the past; He will carry me in the future.

But He also wants to reveal life more abundant than what can be found in the material world.

And so Christ encouraged his disciples to lift their eyes above the treeline. Christ had provided food for the five thousand but He also longed to feed the human soul.

Yet, like me, this wasn’t the first time that they missed the forest for the trees.  Scripture tells us they were worrying about food when they found Christ talking with the woman at the well.

I guess it’s pretty human to get caught up in the daily grind.  The Samaritan woman also missed the big picture.

Yet, on that day, grace intervened at a well in Samaria. Christ asked the Samaritan woman for a drink of water.

We learn from the resulting recorded conversation that the woman’s life had been a series of tragedies and wrong turns.

In fact, on the day she met Jesus,  the difficulty of her daily life completely obscured her spiritual sight.  She only saw life’s trees.

She didn’t understand.  She worried about water.  I do that.  My prayers are often small.  I ask mostly for bread and water.  I pray for health and God’s provision.  All of that is good, it’s true.

And Abba wants me to climb into His lap and tell Him all of my concerns.  But I miss the full privilege of prayer when I limit my requests in this way.

I ask Him to fill my car with gas, and then I set out on my journey independently.

God says that for Him, my physical well-being is the small stuff.  He’s got that under control.  Jesus heals the paralytic, but more importantly, Jesus heals his heart and soul.

Of course, Abba knows all of my concerns whether I acknowledge any to Him or not.  Christ demonstrated that He understood the woman’s very human fears and griefs.  He specifically listed her heartbreak.

As a result, she finally understood who He was.  Her Messiah could give her life the direction she desperately craved.

But old habits die hard.   Her focus returned to short-term concerns: Where should she worship?  In Jerusalem or Samaria?

Patiently, Christ gave her a glimpse of Abba’s plan: “But an hour is coming, and now is, when the true worshipers shall worship the Father in spirit and truth…” (John 4:23a).

Abba doesn’t just hand us the correct itinerary and leave us to sort it out.  He volunteers to personally lead you and me.

Yes, that’s what time and conversation with Christ is all about.   When we commune with our Creator, He empowers us not only to face the forest but also gives us a glimpse of the beautiful, although hazy, horizon.

He promises to provide for my daily needs.  I can trust Him for that.  Yet, He also invites me to live for so much more.

In fact, He raises my sights and reveals a grander plan, (Jeremiah 29:11).

And He certainly knows the geography…   We can be sure that He not only sympathizes with our weaknesses, but He also personally leads us safely to His very best, (Hebrews 4:15-16; Psalm 84:11).

Good advice won’t get me far.  Man-made maps let me down. Religious rules come up empty.  And my own understanding of the road ahead leaves me feeling anxious and lost.

But grace invites me to sit at the feet of the omniscient One who sees beyond my mistakes, my weaknesses, and my current trials to all that He has planned for my future hope and good.

Indeed, nothing substitutes for an ongoing conversation with the One who knows the road. Through His Word, I see more than trees below. Like David, “I lift my eyes to the hills” and find my help comes from my Creator (Psalm 121:1-2).  And He puts it all in perspective.

“Faithful is He who calls you, and He also will bring it to pass,” I Thessalonians 5:24