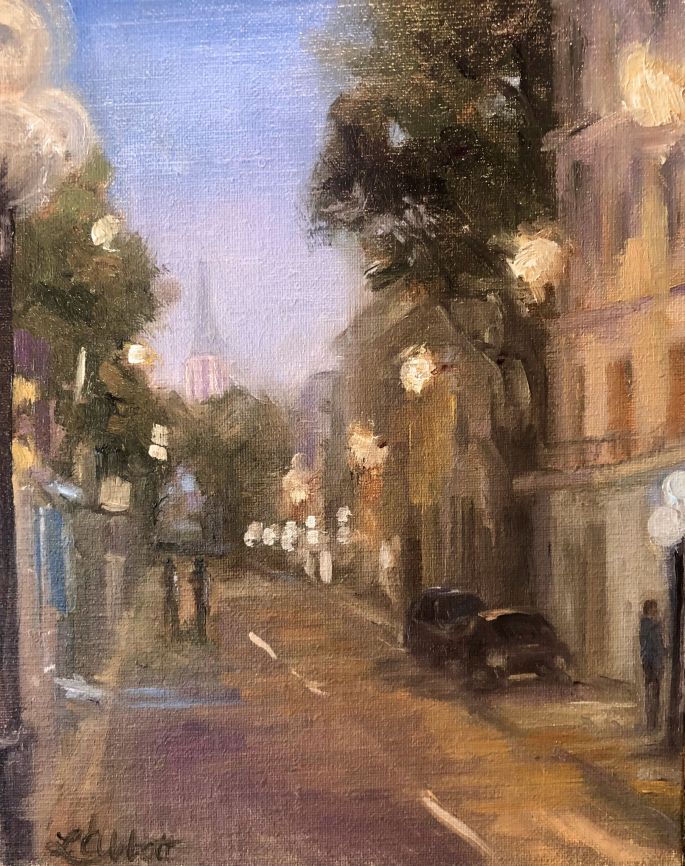 After all, children need a second event to wear that pricey little number that mom and dad purchased a few weeks before.

So it was that my birthday especially reflected the dreams and hopes of childhood. And looking back on it, I see a little girl who believed all things possible.

I saw miracles in everyday moments.

I hadn’t been immersed in church as some children are, and yet, at the close of my elementary school years, I embraced God’s grace with a full heart, with a mind open to God’s wonders, and with confidence in God’s love and interest.

And I distinctly remember my first steps of faith.

One school day, after the 31st of October, my fifth grade BFF misplaced her lunch. Now if that lunch had contained a liverwurst sandwich, I’m sure that we both would have rejoiced over the loss.

However, my friend knew for a fact that a treasured Hershey’s chocolate bar nestled at the bottom of that otherwise nondescript, brown, paper bag.

For this reason, that missing sack suddenly became an enormous crisis.

When I suggested that we ask God to help us find her lunch, my friend seemed skeptical. Nevertheless, I insisted.

I recited several verses I had learned by heart,”For where two or three come together in my name, there am I with them,” (Matthew 18:20) and “Do not be anxious about anything, but in everything, by prayer and petition, with thanksgiving, present your requests to God,” (Philippians 4:6).

She agreed to try; so we prayed.

And God saved the day.

Soon, she was nibbling her PB & J, and relishing that delectable chocolate bar. Needless to say, I was overjoyed, and I thanked God again and again.

That day, God showered grace on two 10-year-olds. My fledgling faith launched well. With God, I knew I could make a real difference in this world.

I encountered dark waters. And somewhere along the way, I lost my childlike faith.

I became consumed with the wind and waves: the necessity of earning a living, the death of a child and loved ones, the pain of cancer, the anxiety of financial difficulties, the heartbreak of interpersonal conflict…

I felt so alone.

On a grander scale, I noted tragedy in the lives of people both near and far. Shocking as it may sound, I decided that life required so much more than chocolate.

I suspect that is exactly how Gideon felt. His faith journey contrasts greatly with that of the prophet, Samuel, who later led the nation of Israel. Unlike Gideon, Samuel heard God’s call and responded with childlike faith. Gideon, on the other hand, hesitated and questioned.

I get that. I can relate to Gideon, a guy who had been beaten down by the world and his life circumstances.

More importantly, though, in Judges 6, I read how God’s grace burst through the darkness and restored His disheartened child.

Quite frankly, Gideon initially shows very little promise. After all, there’s no Hollywood heroism in employment as a wheat thresher.

But there was an aura of mystery about Gideon. He didn’t follow threshing protocol. Instead of threshing on a hillside where wind separated chaff from wheat, Gideon worked at the base of the hill near the wine-press.

Actually, the reason for this was quite simple. Israel had been conquered by a nomadic and ruthless people known as the Midianites. The Midianites regularly pillaged the land. For Gideon, his choice was one of simple survival.

He hid because hill-top work made one vulnerable.

Needless to say, he did his best to thresh wheat at the bottom of the hill. Unfortunately, hills often block wind, and this likely made threshing difficult.

Yet, despite these disadvantages, Gideon listened to fear and worked undercover. 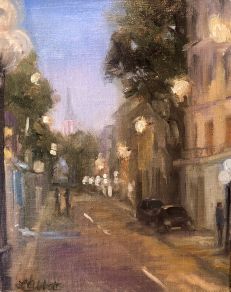 Gideon chose the safe path, and kept his head down. After all, that’s what you do if you want to avoid trouble.

The appearance of the Angel of the Lord must have startled Gideon. And especially so, since the angel immediately announced, “The Lord is with you, O’ valiant warrior.”

Valiant warrior? You’ve got to be kidding me!

I guarantee that at that moment Gideon did not feel like a mighty warrior. He had obviously hit a low point.

Of course, by now, you know I am thoroughly convinced that we follow a gracious God. But if I still carried a smidgen of doubt about God’s patience, mercy, loving kindness and grace, it would completely dissolve in light of Gideon’s life.

Gideon’s knee jerk response to the Lord’s declaration? He questioned. “If God is with me, why are things so bad?” he wondered.

He even went so far as to suggest that God had abandoned His people. Yet, God didn’t scold his discouraged child.

Scripture recounts, “And the Lord looked at him and said, ‘Go in this your strength and deliver Israel from the hand of Midian. Have I not sent you?'”

In essence, God gently told Gideon that he had not been forgotten. God created and called Gideon for a mighty purpose.

Gideon was not alone.

But Gideon was not easily convinced. Thus, when God asked Gideon to lead the charge against the Midianites, Gideon’s fears reached a crescendo. And Gideon dared to test God.

It was an absolutely audacious move on Gideon’s part. I know this to be so because Christ resisted Satan’s temptation in the desert by quoting Deuteronomy 6:13: “You shall not put to the test the Lord your God.”

Gideon had stepped over the line. But God’s grace prevailed. Not once, but twice. And the concept of “putting out a fleece” was born.

What is striking to me, though, is not Gideon’s lack of faith, but rather God’s patience. Abba quietly restored Gideon’s trust and hope.

This once fearful man left the hill of doubt and despair behind, and led a small military raid of 300 men against a vast number of Midianites.

The odds seemed stacked against Gideon. The dream appeared too big. The task looked impossible; the storm too great.

God, however, had an incredible miracle in mind. He instructed Gideon to lead a night attack. The 300 were to carry trumpets and to place torches under clay pitchers.

In obedience, the Israelis surrounded the Midianites, and on Gideon’s command, the Israeli warriors smashed their pitchers, blew trumpets, and shouted, “A sword for the LORD and for Gideon!”

Light suddenly broke through the darkness. Chaos reigned in the Midianite camp. And even though in human terms, Gideon didn’t stand a fighting chance, Israel won a miraculous victory.

Yes, I’m truly thankful that our gracious God chose to use Gideon–the discouraged and fearful follower.

Indeed, because of Gideon, I am confident that Abba also extends a patient and merciful hand to lift you and me from the fog of fear and the dusk of discouragement. In grace, He speaks no words of condemnation.

Instead, He gently prompts us, “Go in this your strength…Have I not sent you?”

In response, I cry out to God.

Suddenly, the Light of the World breaks through darkness. And with renewed hope and trust, you and I look up… just in time to spot God’s miracle.

“Why are you sunk down, O my soul? And why have you become disturbed within me? Hope in God, for I shall again praise Him For the help of His presence,” ~Psalm 42:5

“I pray that the eyes of your heart may be enlightened, so that you may know what is the hope of His calling, what are the riches of the glory of His inheritance in the saints, and what is the surpassing greatness of His power toward us who believe…” ~Ephesians 1:18-19