“…Choose for yourselves today whom you will serve…but as for me and my house, we will serve the LORD,” ~Joshua 24:15

But hand-me-downs in my family weren’t the usual sort.

You see, I had no older sisters.  Thus, everything I received secondhand came from my big brother.

Terhune’s novel did more than pique my interest in dogs as pets.  It provided me with a life-time of metaphors and an important spiritual visual aid that I have never forgotten. 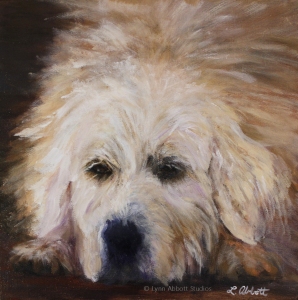 “Any man with money to make the purchase may become a dog’s owner.  But not any man–spend he ever so much coin and food and tact in the effort–may become a dog’s Master without the consent of the dog.  Do you get the difference?  And he whom a dog once unreservedly accepts as Master is forever that dog’s God.”

A dog must choose to accept a Master.   A dog can receive food and shelter from just about anyone.  However, his overall well-being and success depend upon whom he chooses to follow.

It’s true for people, too.

In fact, that choice is exactly what Joshua had in mind when he addressed God’s people after their conquest of the Promised Land.

Joshua had led Israel for many years.  And Scripture reports that God “had given rest to Israel from all their enemies on every side, and Joshua was old, advanced in years…” (Joshua 23:1).

Our overall well-being and success depend upon whom we choose to follow.

Like so many who foresee the end of their days, Joshua worried about those he would leave behind.  His love for God’s people was great.  Like a father imparting his final words of wisdom to his children, Joshua spoke to God’s people.

Joshua recognized that in his absence, many would try to step in and fill his shoes.

Others?  Not so much.

After all, there were many ungodly voices that desired to rule God’s people.  Many who wished to dominate the Israelis for personal gain. For this reason, Joshua warned the people.

In the final chapters of the book designated by his name, Joshua reminded Israel that God had brought them into the land and granted  tremendous success. In fact, Josh noted that God had dramatically defeated their enemies for them.

Remember Jericho?  Just one of the great victories that God gave His people.

However, Joshua knew that if the people were to turn from God and instead, identify with the nations around them who did not follow Yahweh, Israel would become vulnerable.  The nation could be influenced, lead and manipulated by those who did not have its best in mind.

Thus, the people must choose their influences wisely for whomever they followed would have mastery over them.

Joshua said, “But you are to cling to the LORD your God, as you have done to this day. For the LORD has driven out great and strong nations from before you…if you ever go back and cling to the rest of these nations…know with certainty that the LORD your God will not continue to drive these nations out from before you; but they shall be a snare and a trap to you…” (Joshua 23:8-13).

If I’m really honest with myself, I have to admit that not all “masters” are equal.  Some are definitely better than others.

And in fact, when I stop to think about it, I must acknowledge that my loyalties do impact my destination.  Jesus noted this when he said, “No man can serve two masters; for either he will hate the one and love the other, or he will hold to one and despise the other…” (Matthew 6:24a).

Or as some might say… you can’t please everyone.  And if you try, things get extremely muddled.

But there’s more… If I’m really honest with myself, I have to admit that not all “masters” are equal.  Some are definitely better than others.

Joshua knew the One who is superior to all…

One who desires only the best for us…

One who loves us more than any other…

One who unselfishly provides for us…

more merciful and more powerful than we can fully comprehend.

He, in fact, had demonstrated His power, faithfulness, love and goodness to Israel again and again.

For this reason, Israel’s aging leader called on the people to declare whom they would serve.

14 thoughts on “Revue: Choosing the Master”

Join 809 other subscribers
Follow Through Ink & Image on WordPress.com