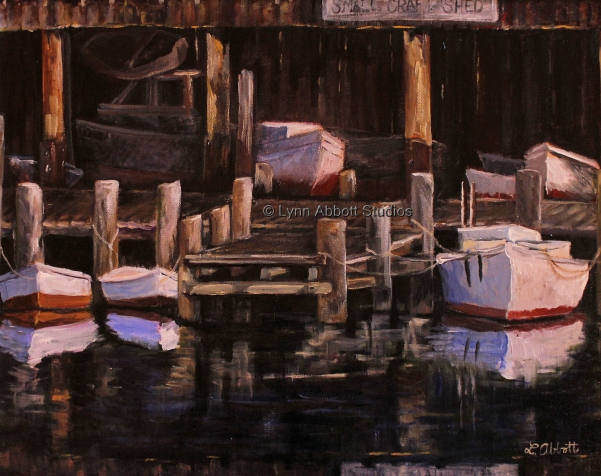 Call it what you will…It has been one of those.

You know; I’m sure you’ve experienced it.

It’s that kind of week that you find yourself chanting with Judith Viorst’s protagonist, Alexander, “It has been a no good, terrible, very bad day. I think I’ll move to Australia.”

Perhaps, like me, you’ve faced the kind of seven-day stretch during which Murphy and his inopportune law arrive in town, and threaten to take up permanent residence.

It seems nothing you do turns out right.

This past week, I even found a way to mess up the coffee maker. That’s right…coffee and grounds all over the counter. Late night cleaning promptly ensued.

So it was. And I sighed as I reminded my college aged son that despite pressing mid-term deadlines, sleep is a good thing.

He cleverly deflected my advice with a question, “You okay, mom?”

Yep, it has been one of those, and, you know I took the bait.

“Actually” I admitted, “It has been a terrible, no good, very bad week. Quite honestly, I can’t seem to do anything right. I even feel like throwing my painting into a dark basement corner.  And I’m so tired. What difference does my work make in the world?”

I suppose we’ve all been there at some point or another. Surely others have wondered if their work, their everyday tasks, their daily activities make any difference.

My recent reading in 1 Samuel reminded me that God uses even the seemingly insignificant for incredible purposes.

You, too, may have asked, “What difference does my work make in the world?”

Indeed, I think it likely that a young teen named David wondered about his work’s importance.

The youngest of eight sons, David probably fell low on the totem pole. When chores were handed out, he received the least glamorous assignment: shepherding the family livestock.

Thus, David spent his days out in the fields with extremely dull companions–sheep. You betcha. Watching sheep graze is nearly as exciting as “watching grass grow.”

Periodically, something would happen to mix things up. Scripture tells us that David had killed both lion and bear in defense of the sheep, (1 Samuel 17:34-37). But that certainly wasn’t his everyday reality.

Mostly, he stared at sheep.

A resourceful young man, he passed the time by composing music. I expect he also practiced his sling shot.

In fact, it appears he perfected his skills. But I’m guessing that he didn’t think either talent held any kingdom significance.

After all, David didn’t win American Idol or The Voice. He didn’t even sing in the worship band at the Temple.

Yet, in 1 Samuel 16:14, Scripture records that an evil spirit began to torment Israel’s King Saul.

Saul’s bouts must have been severe for his servants suggested that Saul engage the services of a musician to calm him (1 Samuel 16:16).

Young David spent his days out in the fields with extremely dull companions–sheep.

Of course, most modern believers place a premium on worship music.

As a result, we may not fully grasp the enormity of God’s miraculous choice.

No worries. God is more than patient and He understands that I don’t always catch truth the first time ’round.  God gives me another example of a miraculous breakthrough in the young shepherd’s life.

It all started with that poor man’s weapon… the sling shot.

Who could have imagined that such a simplistic weapon would bring down a defiant giant named Goliath (1 Samuel 17:50)?

Perhaps, at times you have doubted your contributions to this world, to God’s plan.  Have you had one of those days, weeks, months or even years?

God recorded David’s story for people just like you and me.

Indeed, no task is too small; no talent insignificant. God loves to work miracles through the unorthodox, the unexpected (1 Corinthians 1:27).

Paul reminds us in his epistle to the Romans that although our gifts vary, we each play an important role in the body of Christ.

“And since we have gifts that differ according to the grace given to us, let each exercise them accordingly…” Paul writes, (Romans 12:6).

According to the grace given to us… every gift.

I can’t see the future nor can I predict what God will do with the grace He has given me. When I evaluate various gifts, it seems that preaching holds more pragmatic application for kingdom purposes than painting has.

Paul reminds us in his epistle to the Romans that although our gifts vary, we each play an important role in the body of Christ.

But Paul writes, “…according to the grace given to us, let each exercise them [gifts] accordingly,” (Romans 12:6).

Recently, God’s grace in the book of Exodus brought this truth home for me. God obviously gave Moses a tremendous task.

Even a cursory reading of the history of Israel’s exodus undeniably demonstrates the significance of Moses’ leadership. In addition, Moses’ brother Aaron also made a huge impact. Aaron and his sons served as the first priests in the Tabernacle.

Moses and Aaron operated as God’s front men. But as I recently reread God’s blueprint for the tabernacle’s structure as well as His description of its furnishings, I saw that God values all

In other words, it doesn’t matter whether I believe my work to be kingdom worthy. The truth is that God sees the bigger picture. He created each of us, and He values every gift (Romans 2:11).

Case in point: in Exodus 28:3, God described the temple’s tailors in this way, “And you shall speak to all the skillful persons whom I have endowed with the spirit of wisdom, that they make Aaron’s garments to consecrate him, that he may minister as priest to Me.”

Tailors…the men who designed the priests’ robes were endowed with a spirit of wisdom and created for the glory of God.

God loves to work miracles through the unorthodox, the unexpected (1 Corinthians 1:27).

Do you sew? You, too, tailor for God’s glory.

Do you balance financial books? You guide others in their stewardship of God’s grace.

Do you clean your home or the homes of others? You put the sparkle in the everyday, working “as for the Lord rather than for men,” (Colossians 3:23).

Do you create or build products with your hands? Are you a crafts-person?  When you create, you reflect your Creator’s image.

Yes, Yahweh placed a tailor alongside a priest, (Exodus 28:3). And He called fishermen to preach about a once crucified carpenter who has been crowned King of Kings and Lord of Lords, (Philippians 2:9-11).

Clearly, our God delights in the juxtaposition of fishing boats and castles.

You and I may not see it today. We may find it impossible to imagine what God has in store for us.

But as we remain faithful in the tasks we’ve been given, we eventually turn that corner.

And when we do, God proves that a simple slingshot can slay a giant.

“And whatever you do in word or deed, do all in the name of the Lord Jesus, giving thanks through Him to God the Father,” ~ Colossians 3:17

Join 811 other followers
Follow Through Ink & Image on WordPress.com